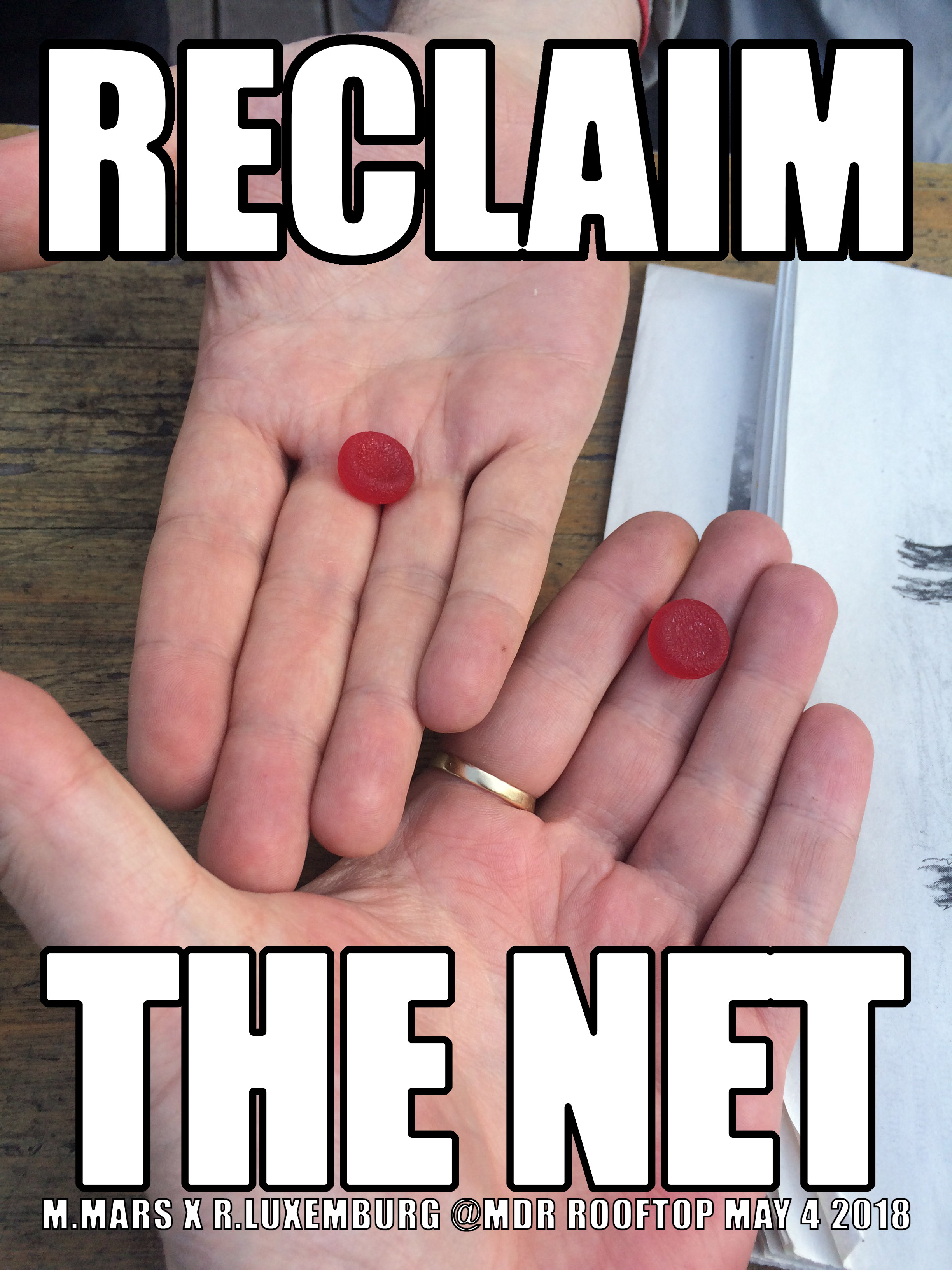 It seems weirdly regressive that anyone would need to justify applying 'high' theory to 'low' culture at this point. Those arguments were made — and won – decades ago: they've become the premise of entire schools, disciplines, and even large-scale funding initiatives. When I see them now, it's mostly in the openings of PhDs, where hierarchical conflict is explicit — and has little to do with substance. So what's the blockage in this context? Is it that you're both upping the ante (with quasi-theological arguments with almost apocalyptic implications) and lowering it ante (with an abysmally amorphous object)? Or is this a warmup for some biggish-data project that'll need funding? I don't get it.

I sympathize: academia is really bad at images. Its main mode, maybe even its exclusive mode, is to relentlessly and obsessively reassert the primacy of word over image. Images are for being thought about in words; if you try to think about words through images, game over. But I also don't sympathize, because I want to suggest that this essay trivializes memes by drowning them in theory — in Walter Benjamin, no less.

There are a bunch of head-scratchers in this essay, but I'll pick out a few to make my point:

We should think of memes as local language games embedded within communities of practice and bracketed by the affordances of platforms.

Memes are local? Memes are language? As distinct from language games that aren't embedded in communities of practice? 🤔 And platforms? MBA-speak tends to be pretty ahistorical, so trying to think through this kind of proposition — say, by asking what the precursors of memes might be — is, as Kierkegaard put it, "as baffling as depicting an elf wearing a hat that makes him invisible."

The problem is that, in trying to takes memes Very Seriously, you don't take them seriously enough. If you did, then I think you'd have to address a basic question: are they new, or are they derivatives of earlier ~genres? But rather than do the hard work of dredging up precursors and examining the similarities and differences in how they're used, you offer a grand analogy:

Meme genres can thus be imagined as a neo-medieval mise-en-abyme of spheres within spheres in which there will always be a more current meaning that you’re not yet aware of.

I guess arguing that they're neo-bumperstickers isn't sexy enough.

This substitution of high theory for base facts has one serious consequence: you get some basic facts wrong. For example, there's no official body that 'certifies' emoticons. There's a inter-institutional standards-setting process for emoji (the images), not emoticons (punctuation), but it's not a certification process. In networked context, distinctions between authorization, authentication, certification, etc matter. And in vernacular forms that play bog-standard games with appropriation and subversion, it matters a lot.

But rather than pick at this and that, I want to show you an example of how and why it's so difficult to think about how popular imagery works: your example of the red pill. Sure, you can call it allegory and talk about it Benjaminian term, but I think doing so misses the much more material il/logic at play in that image — which you yourself treat as emblematic.

Your essay gets it wrong — admittedly in a very conventional cult-studs way. The ur–red pill didn't originate in 1999 in the insistently green film The Matrix, it appeared in Verhoeven's 1990 film — very red film — Total Recall. In Total Recall, there was only a red pill, no blue, and it was bluntly presented "a symbol of your desire to return to reality." That's a much better fit than the Matrix's red/blue pill for so-called alt-right rhetoric, IMO. But distinctions like this are precious pedantry compared to the driving force behind the alt-right's identification with red: the GOP's deliberate seizure of that color in the 2000 presidential election. Historically, the informal rule was that the two main US political parties switched colors every election (for example, in 1992 Bill Clinton was red). How exactly that exchange took plave is one of those abiding historical mysteries: it relied on an opaque 'standards-setting' process involving tacit, backroom coordination between campaigns and national TV networks. I'm sure that when the GOP captured the red flag in 2000, it was due in part to a few GOP's power-brokers at the time who just liked red more than blue. But it was also a deliberate political strategy. It allowed the GOP to simultaneously appropriate the color associated with political threat — insurgency, revolution, and communism — while negate those same discourses. And it's on that basis that, a decade and a half later when the alt-right 'took the red pill,' we can see what they were up to: they tried to do to the GOP what the GOP had done to 'the left.'

You cite Philip K. Dick — much as you cite Robert Smithson — more or less randomly, as someone who decades later thought "in similar terms" to Benjamin. But PKD figures much more directly in this: in the mid-'60s he wrote "We Can Remember It for You Wholesale" on which Total Recall was based. If I remember rightly, there's no pill in that story, but there's no need to be so literal. His last novel, The Transmigration of Timothy Archer, hinges in part on the proposition that eating red things was central to Christian beliefs about the Resurrection. That novel drew generally on PKD's long-standing interest in gnosticism, but it drew very specifically on John Allegro's theory that Jesus wasn't a historical figure but, instead, was a mythological figure that originated in the ritual use of psychoactive mushrooms — Amanita muscaria.

By academic standards, this kind of associative chain is erratic to the point of madness. It leads everywhere and nowhere, unconstrained by logic, definitions, context, or method. And it drifts and leaps from one context and scale to another: from kooky theories to cinematic fragments to backroom agreements on the fringes of governmentality. But these delirious landscapes are precisely where and how memes operate. I don't think Benjamin's theories have much to say about this all — not without doing serious theoretical violence to the myriad specificities at play. And you concede:

But we know how he reacted, don't we? I dimly remember — as if through a glass (or maybe a scanner) darkly — that his suicide involved a glass of wine, and even more dimly that it was said to be white, not red.